This guide will help you to understand and use the pronunciation symbols found in this dictionary.

The symbol (r) indicates that British pronunciation will have /r/ only if a vowel sound follows directly at the beginning of the next word, as in far away; otherwise the /r/ is omitted. For American English, all the /r/ sounds should be pronounced.

/x/ represents a fricative sound as in /lɒx/ for Scottish loch, Irish lough.

Nasalized vowels, marked with /～/, may be retained in certain words taken from French, as in penchant /ˈpɒ̃ʃɒ̃/ and coq au vin / ˌkɒk əʊ ˈvæ̃/.

The sounds /l/ and /n/ can often be “syllabic” – that is, they can form a syllable by themselves without a vowel. There is a syllabic / l/ in the usual pronunciation of middle / ˈmɪdl/, and a syllabic /n/ in sudden /ˈsʌdn/.

The sounds represented by /iː/ and / ɪ/ must always be made different, as in heat /hiːt/ compared with hit /hɪt/. The symbol /i/ represents a vowel that can be sounded as either /iː/ or /ɪ/, or as a sound which is a compromise between them. In a word such as happy /ˈhæpi/, younger speakers use a quality more like /iː/, but short in duration. When /i/ is followed by /ə/ the sequence can also be pronounced / jə/. So the worddubious can be /ˈdjuːbiəs / or /ˈdjuːbjəs/. In the same way, the two vowels represented /uː/ and /ʊ/ must be kept distinct but /u/ represents a weak vowel that varies between them. If /u/ is followed directly by a consonant sound, it can also be pronounced as /ə/. So stimulate can be /ˈstɪmjuleɪt/ or /ˈstɪmjəleɪt/.

In American English, if a /t/ sound is between two vowels, and the second vowel is not stressed, the /t / can be pronounced very quickly, and made voiced so that it is like a brief /d/ or the r-sound of certain languages. Technically, the sound is a “tap”, and can be symbolised by /t̬/. So Americans can pronouncepotato as /pəˈteɪt̬oʊ/, tapping the second /t/ in the word (but not the first, because of the stress). British speakers don’t generally do this.

The conditions for tapping also arise very frequently when words are put together, as in not only, what I, etc. In this case it doesn’t matter whether the following vowel is stressed or not, and even British speakers can use taps in this situation, though they sound rather casual.

In both British and American varieties of English, a /t/ which comes at the end of a word or syllable can often be pronounced as a glottal stop /ʔ/ (a silent gap produced by holding one’s breath briefly) instead of a /t/. For this to happen, the next sound must not be a vowel or a syllabic /l/.

But a glottal stop would not be used for the /t/ sounds in bottle or better because of the sounds which come afterwards. 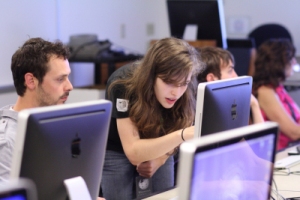 EFL teacher, teacher trainer and Principal of St. Giles International, Keith Harding has authored and co-authored several courses published by Oxford University Press. To mark the release of stunning new video material for International Express, Keith Harding and Rachel Appleby have prepared a series of four articles to be used alongside units within the course. Today, Keith shares some ideas and video resources for Elementary Unit 6 – Santiago, Chile, focusing on comparative and superlative adjectives.

The introduction of video as a learning medium in the classroom needn’t mean passive learning, or a risk of students ‘switching off’ from being engaged. The key to maximising learning potential, as with any listening or reading text, is to prepare and predict.

Here are some ideas for preparatory work, before watching the video:

There have been English words used commonly in Italian for ages, but recently it has really picked up, to the point that some call it ANGLITALIANO.  The Italian answer to Spanglish or Chinglish.

How many English words exist in Anglitaliano?  Who knows?  But I listed those I could think of, and did about 5 minutes of googlage to see what I could put together.  Have a look.

The following found on a blog

The words in CAPS are English words that would be commonly understood by many Italians that don’t think they speak a word of English!

OKAY, this WEEKEND I used my COMPUTER and MODEM to go ONLINE to TEST my WEBCAM and EMAIL on the INTERNET with my new ROUTER.  The SERVERSOFTWARE asked for a PASSWORD, then made me DOWNLOAD a FILE.  Perhaps I lack the KNOW-HOW.

Later, I listened to an ALBUM with MUSIC by a BOY BAND, then a CD with BLUES,HIP HOP, GRIND, CORE, some POP STAR, JAZZ and a HIT by a ROCK BAND, but there was a BLACK OUT. WOW!

So I took off my BLUE JEANS and wore a SMOKING. I looked COOL, so went to aSINGLES BAR in a HOTEL that was full of SEXY women and had a COCKTAIL with theMANAGER who called me MISTER. She was BEAUTIFUL, with great MAKEUP and anEXTRA-LARGE T-SHIRT.   She was truly a BEAUTY with a great NEW LOOK.  I saw myEX with her BOYFRIEND who clearly found a BABYSITTER that night..  They deserve their PRIVACY, so I said BYE BYE and went to a PARTY.  Sadly, everyone was aSNOB. I began to feel the STRESS. I had a DRINK, then left for a CLUB to see a BANDI am a FAN of that plays DARK music.  The PERFORMANCE was SOLD OUT.. everyTICKET!

Fortunately, I had a VOUCHER, so the STAFF let me in. OH YEAH! After the SHOW, there was a SUPER DEEJAY that had clearly been DOPING, and is probably onWELFARE.

Later I was hungry, so I got on my SCOOTER and went to a PUB, but I couldn’t decide between a HOT DOG, SANDWICH or a HAMBURGER, so ended up having aSNACK of  CRACKERSwhile watching some SPORT on the TV, followed by a TALK SHOW, a FILM, and a REALITY SHOW.

The following day, I went to the gym to do some SPINNING, JOGGING (or FOOTING) and BODY BUILDING before playing some TENNIS. Later, I took a car with lots of SEX APPEAL and a bigSTICKER for a TEST DRIVE, but it broke down at the STOP, and smelled of GAS. Maybe it was all the SMOG?  So I had to take it to the GARAGE.  Finally, after a little SHOPPING, I had a PICNICfor lunch with my BUSINESS PARTNER who shared some GOSSIP and NEWS about a friend with a HANDICAP that became a KILLER by giving someone’s PACEMAKER a SHOCK.  I thought about it and simply replied: NO COMMENT. It’s not a SCOOP, and has nothing to do with our PARTNERSHIP.  All I wanted was a BRIEFING and possible BRAINSTORMING about a new LOCATION for our BOOK SHOP, as well as our BUDGET and new SLOGAN. You know, a MARKETING MEETING.

That night I went to a BED AND BREAKFAST that was really nothing more than aLOFT with a BIG OPEN SPACE, instead of a RESORT.  After all, that is the latestTREND.  I read a FICTION, and went to sleep. GOOD NIGHT! 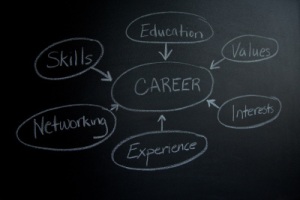 There are widely-held perceptions that numerous language schools refuse to hire non-Native English Speaker Teachers (nNESTs). In this guest article, teacher, teacher trainer, and founder of TEFL Equity Advocates, Marek Kiczkowiak, shares his thoughts on how this can have negative effects on students and teachers alike, and looks at an alternative, more egalitarian hiring model, that emphasises qualifications and experience, regardless of their mother tongue.

I would like to tell you a few things about your English teachers which you might not have been aware of. As a teacher, I really care about your language progress and I would like you to understand what characteristics make certain teachers unforgettable, so that you can make an informed choice and pick the best language school.

It is very common for language schools to advertise only for and hire exclusively native speakers (NSs). I am sure that… 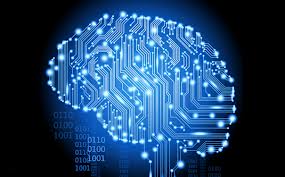 Here below find an extract from the document 2013:

Each of the 21 competences identified is presented in a table and includes: . a short definition of the competence, descriptors for three proficiency levels, examples of the knowledge, skills, and attitudes related to the competence, and two examples of how the competence could be applied to specific purposes, i.e. learning and employment. The areas of digital competence are the following:

2. Communication: communicate in digital environments, share resources through online tools, link with others and collaborate through digital tools, interact with and participate in communities and networks, cross-cultural awareness

5. Problem-solving: identify digital needs and resources, make informed decisions as to which are the most appropriate digital tools according to the purpose or need, solve conceptual problems through digital means, creatively use technologies, solve technical problems, update one’s own and others’competences.

A point of view… which is yours? 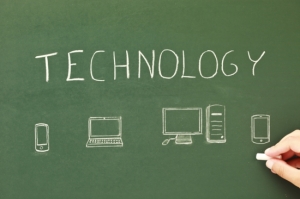